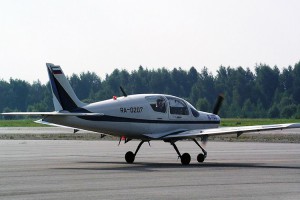 DESCRIPTION: The Il-103 is a light multirole aircraft powered by the Teledyne Continental IO-360ES 210-hp piston engine. The aircraft is intended to carry four passengers or 400 kg of cargo, fly air surveillance missions, patrol motorways, oil pipelines and forests and be used for training flight crews. The maiden flight of the Il-103 prototype took place on 17 May 1994. The aircraft was put in production in 1995 at the Lukhovitsy Machine-building Plant (LMZ) – part of the MiG Russian Aircraft Corporation. The aircraft has been certified in compliance with the Russian standard AP-23 on 15 February 1996, with its US airworthiness FAR-23-compliant type certificate being issued on 9 December 1998. By the beginning of 2003, nine Il-103s were used in Russia, six aircraft were exported to Peru. In 2002 a contract for delivery of 23 Il-103 aircraft to South Korea was signed. In 2000 a special agricultural modification, the Il-103SKh, was made, and in 2003 – the Il-103LL flying testbed for new avionics trials.