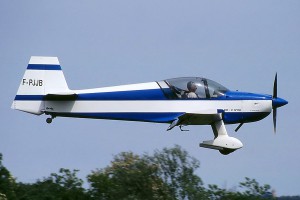 ACCOMMODATION: Two seats, side by side, with dual controls. Fixed windscreen and rearward-sliding canopy.