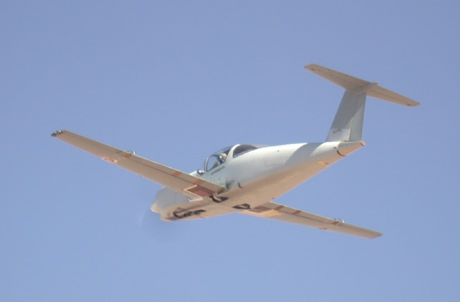 PROGRAMME: Original and unique two-seat OM-1 Melmoth, built of aluminium, first flew on 6 September 1973. Four-seat fuselage was designed for retrofit, but the aircraft was destroyed in a ground accident (by a runaway Cessna) in 1982 before modifications could be effected.
New fuselage then became the basis for a revised and improved aircraft, with high aspect ratio wing, which progressed slowly and eventually made its first flight on 1 November 2002, retaining the previous registration N2MU. Displayed at AirVenture, Oshkosh, July 2003.