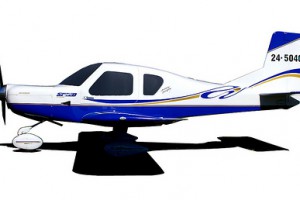 PROGRAMME: Development of version announced in 2003 First flight date had not been announced by April 2003. Will be available only as a kit for AUF or Experimental categories.

FLYING CONTROLS: A S LightWing GR-912 but with flaps as standard.

STRUCTURE: A S LightWing GR-912, but with low wing. Fuselage has integral roll-cage.

ACCOMMODATION: Gull-wing doors each side of fuselage. All data are provisional.